I think I’m growing out of this series. I couldn’t get into A Wizard of Mars, and while I finished this one, I didn’t like it the way I liked Deep Wizardry, High Wizardry, A Wizard Alone, or Wizards at War.

One problem I had with this volume is that the non-American characters, particularly Mehrnaz and Penn’s grandfather, came off as The Iranian Muslim character or The Chinese Character rather than as individuals. Not always, but sometimes. This wasn’t a problem with the Americans, whatever their race.

I had a funny moment thinking about the portrayal of India, where Mehrnaz lives. I’ve never been to Mumbai, or walked around alone, or been obviously non-Indian in India. So though I’ve frequently been to India and never experienced the kind of leering experienced by one of the American characters, I can’t really say it’s wrong. Just that it’s totally different from my own experience and felt stereotypical. But it could well be what some people experience. 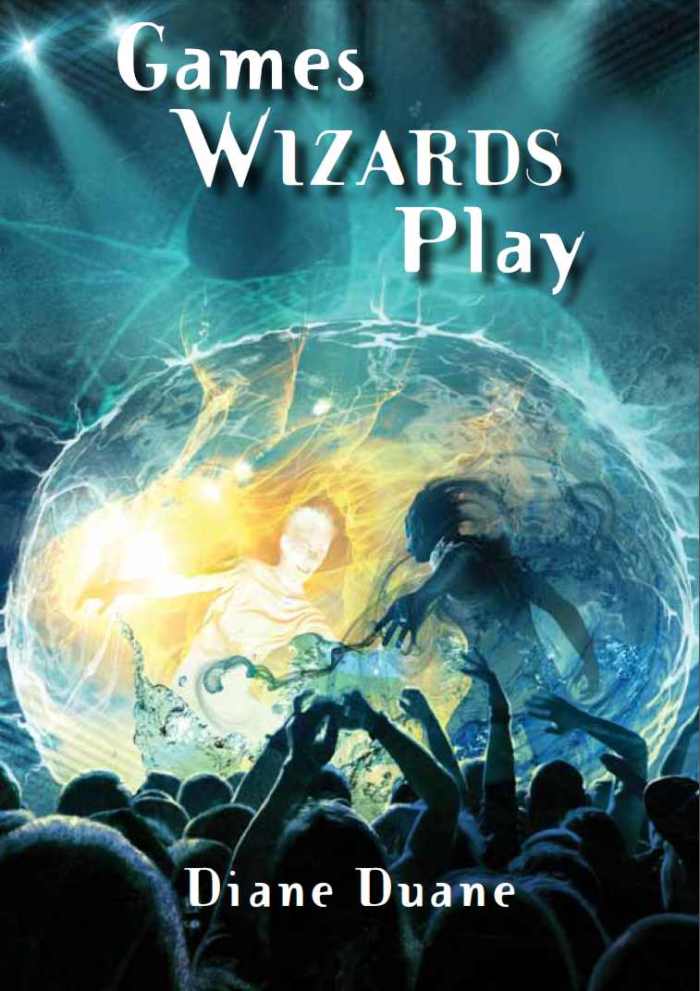 The writing felt off– too many unnecessary physical details and explanations of how things worked, not enough emotion, except in long blocks that stood out from the rest of the story.

As for the plot, the climax is very sudden and didn’t have a lot of emotional resonance for me, though I was happy to see a several-books-long mystery resolved. I was glad we saw the Lone Power, the main antagonist of the series, unlike in the previous book. He’s a lot of fun to read about, a fallen creature who is capable of both redemption and betrayal. My favorite part of the book was his appearance.

I might buy the next book, as it promises to be darker than this one, but I’ll probably skim it first to see whether or not it’s something I’d enjoy. Anyway– far from my favorite of the series (High Wizardry is amazing, though).