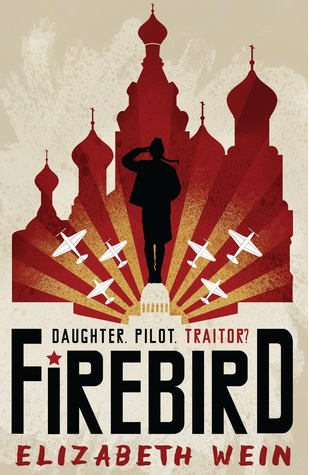 This novella was written specifically for teenage dyslexic readers, so it uses more dyslexic-friendly language, length, and formatting, while diving into some tough subject matter and using sophisticated narrative strategies. The book is framed as the written testimony of Nastia, a Soviet pilot in World War II who is accused of treason. She gives an account of her wartime experiences and the incident that led her to be accused.

A “the lady or the tiger” ending leaves readers uncertain as to Nastia’s eventual fate. Is she shot as a traitor or released? This also subtly gives the readers a clue that life in the USSR is not always as Nastia (the loyal daughter of Communist Party members) makes it out to be.

There’s a lot of information on the female pilots of World War II (Nastia is not a bomber pilot or Night Witch, but rather a fighter pilot). Wein clearly outlines her sources for different parts of the story in an author’s note. She is also about to release a nonfiction book on the pilots called A Thousand Sisters.

Part of the plot goes back to the Russian Civil War (which Nastia’s parents and her mentor the Chief participated in) and the fate of the Romanov sisters. I think the story would have been stronger without the somewhat implausible Romanov link, but I also think a lot of young readers will enjoy that aspect and after all, the book is directed at them.

The Chief and Nastia are great characters–indeed, characterization is a major strong point of the book. The Chief is a tough woman who wears her elaborate makeup as a shield and rebuilds her life over and over again. I read her as asexual or aromantic (or both) because of comments she makes about how loyalty has meant more to her than love in her life.

Nastia is an enthusiastic and idealistic young person. She worries, however, that her courage is not sufficient. She also experiences no romances over the course of the story, but in her case, this is less about fundamental aspects of her character and more about the circumstances she finds herself in. She is unquestioning of the Soviet system (and may even be playing up her loyalty to it, given the circumstances in which she writes her account). She deals with period-typical sexism, from being turned away from a recruiting office in the early days of the war to her otherwise supportive father not wanting her to learn to fly. Ultimately, she faces a dangerous choice–should she return to Soviet territory after ending up behind enemy lines?

The climax of the story was a little bit rushed, after being foreshadowed in the first pages, and I wanted a bit more out of those scenes. There were also a few details I thought were implausible, such as the Romanov link at the end and the letter Nastia’s father is able to send her from besieged Leningrad telling her of the horrors of the blockade–surely a letter from a besieged city to a serving airwoman would have been censored?

However, the novella as a whole is very strong. Wein commits to the quasi-epistolary nature of the novella, showing everything from Nastia’s point of view while leaving room around the edges for the things Nastia wouldn’t say or think. The reader does have to go in with some knowledge of the Soviet Union because of how deeply the novella is in Nastia’s point of view, which might be an issue for younger readers.

The details of wartime are fascinatingly portrayed and the author’s note is highly informative. Ultimately, I enjoyed this novella most for the characters, and found myself hoping that somehow against the odds, Nastia would be acquitted. The fact that we never find out her fate is daring for a YA/MG novel, but the author of Code Name Verity has never shied away from narrative sophistication or tearing up readers’ hearts.

One thought on “Firebird – Elizabeth Wein”